These Elections Are about Having or Not Having State: Serzh Sargsyan 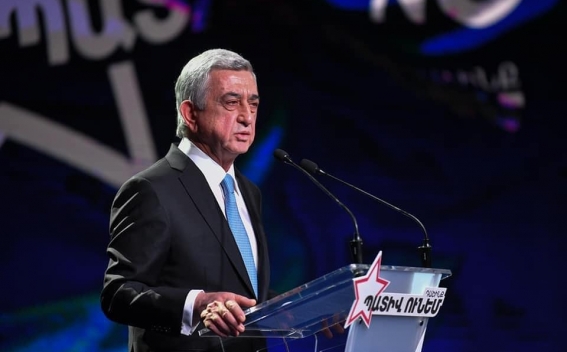 These elections were not our goal or dream, we were imposed these snap elections – on these difficult days for our homeland – and we accepted the challenge, Republican Party of Armenia president Serzh Sargsyan said at the presentation of “I Have Honor” bloc election program, Aysor.am reports.

“The defeatist who loves own seat more than homeland selected the road to take the people who were in hard psychological condition to new shocks – snap elections – and we were against it. “I Have Honor” bloc formed by the RPA and Homeland parties shows to the people with its example the need to work with mutual concessions for the sake of national interests and working together,” Sargsyan noted.

He stressed that they are very determined and noted that the upcoming elections are not ordinary ones as here the choice is between having or not having state, losing or not losing state and the last chance not to join the people not having independent state.