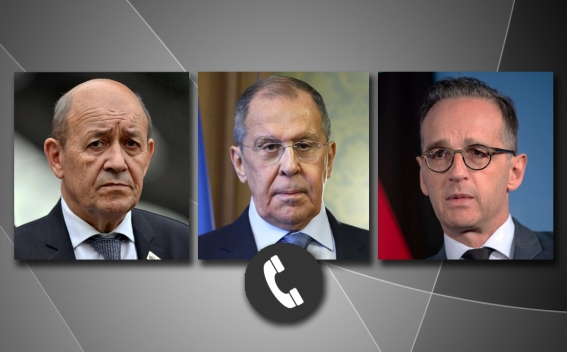 The ministers conducted a detailed exchange of opinions on prospects for resolving the domestic Ukrainian conflict in Donbass following the May 26 videoconference with political advisors of the Normandy format countries’ leaders. They noted that there was no alternative to the Minsk agreements, and that all sides had to fulfil their obligations, the Russian Foreign Ministry said in a statement.

The heads of foreign policy agencies discussed the situation on the Armenian-Azerbaijani border and in Nagorno-Karabakh, as well as the implementation of the statements by the leaders of Azerbaijan, Armenia and Russia of November 9, 2020 and January 11, 2021.

They noted the importance of unfailingly complying with the ceasefire regime and the need to resolve any disagreements by political and diplomatic means. The ministers reaffirmed the role of the OSCE’s Minsk Group during the negotiating process between Armenia and Azerbaijan.

Lavrov noted that any involvement of international organizations is only possible with the consent of Baku and Yerevan.