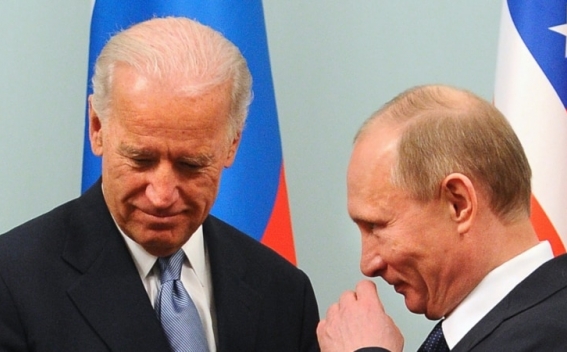 Presidents Vladimir Putin of Russia and Joe Biden of the United States will discuss almost all problems that concern both Moscow and Washington at a meeting in Geneva on June 16, including unresolved bilateral issues, strategic stability, and regional conflicts, Kremlin Aide Yuri Ushakov told reporters, TASS reports.

"Almost all issues that concern both the United States and us are put on the final version [of the agenda]," he pointed out. They particularly include "the current situation in Russia-US relations and their future prospects, major strategic stability and cybersecurity issues," Ushakov said, adding: "Clearly, specific bilateral issues that require solutions will also be discussed."

"For dessert, there will be regional issues, including the situation in the Middle East, Syria, Libya, Afghanistan, Nagorno-Karabakh, on the Korean Peninsula and around the Iran nuclear deal. And clearly, Ukraine, too. Other issues may also be raised, the presidents may bring up any topic they choose, no one can be denied the right to do that, and discussions will also cover issues that haven’t been agreed in advance and aren’t included in the agenda," Ushakov said. He emphasized that the Russian delegation included Special Presidential Envoy for Syria Alexander Lavrentyev and Deputy Chief of Staff of the Russian Presidential Executive Office Dmitry Kozak. "This suggests that Ukraine and Syria will be among the issues that the presidents will touch upon," Ushakov noted.