Delimitation, Demarcation Issues Should not be Discussed Only from the Political and Military Viewpoints: Armenia Ombudsman 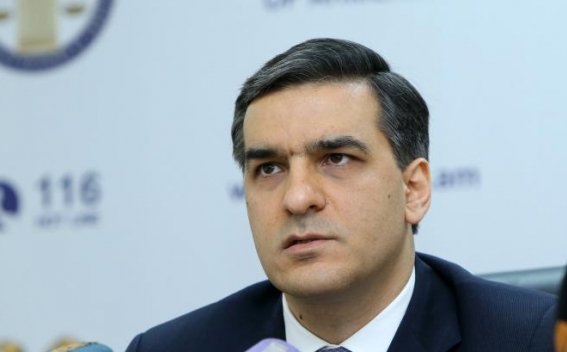 Issues relating to Armenian state borders should not be discussed only from the political and military viewpoints, Armenia's Ombudsman Arman Tatoyan wrote on Facebook.

He stressed that the Government needs to base on human rights in the discussions of issues on delimitation and demarcation, aysor.am reports.

The Ombudsman stressed that the current approach of the Government is extremely dangerous especially in long-time perspective, including agreed with mechanism proposed by international observers.

"This is why serious issues have raised in the implementation of positive commitments of ensuring protection of rights of residents of bordering areas, their normal and secure life," Tatoyan wrote.

He stressed that as a result of current approaches of the Government separate state bodies fail the implementation of their functions.