MOD: The Conducting Of Election Campaign Among The Servicemen And Directing Them To Vote For Any Candidate Is Prohibited 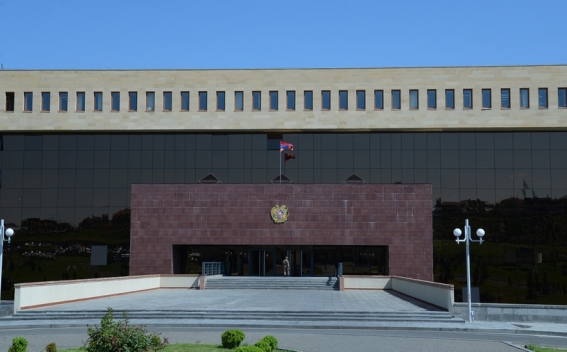 Information is circulating on social media and a number of media outlets about the commanders’ instructions to the servicemen to vote for a certain political force during the June 20, 2021 snap parliamentary elections, says the statement by the Ministry of Defense (MOD) of Armenia, in connection with several such reports.

"All such information is being studied in detail at the Ministry of Defense. The allegations in the publications so far do not correspond to reality.

It is obvious that the allegations about the instructions are based exclusively on the fact that the servicemen are brought to the polling stations in a systematic way, and the videos attached to the publications are the evidence of that. These videos only show servicemen near the polling stations, whereas the allegations about the instructions are the assumptions—which lack any solid argument—of the authors of those videos.

We consider it necessary to note that bringing conscripts to polling stations in groups for voting is conditioned by the service need to carry out their movement in a systematic manner.

As for the pre-election process and the actual voting, there is a corresponding order of the Minister of Defense, which strictly prohibits the conducting of election campaign among the servicemen and directing them to vote for any candidate," the MOD added, in particular, in its statement, NEWS.am reports.