The Struggle Will Go On: 'I'm Honoured' Bloc 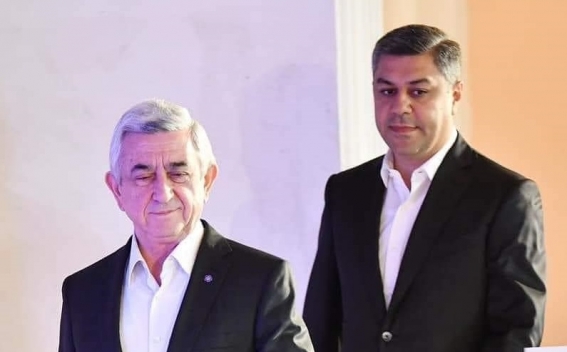 "The June 20 elections in Armenia failed to become elections for the provision of security for Armenia and Artsakh, restoration of the country’s sovereignty," "I'm Honoured" bloc said in a released statement on Monday, commenting on the preliminary results of the parliamentary elections held in Armenia on Sunday, Panorama.am reports.

To note, according to CEC preliminary results, the bloc gained 5.23% of the vote short of the 7% threshold suggested for blocs, however it will be represented in the parliament as the third force in the election, as envisaged by Armenian legislation.

The statement next stressed that the elections failed to become a political process, and failed to become a roadmap for keeping Armenia back from the edge of a cliff. "Instead, we saw cases of illegal clampdown of government forces on opposition, unjustified search by the police in apartments and election headquarters of opposition powers, arrests, as well as numerous evident cases of impeding the work of the opposition before and during the elections, coupled with evident illegal actions of the government to use administrative resources and direct voters," the statement said.

"We announce that we do not recognize the published results as a legitimization of the recent territorial and human losses of Artsakh war, as an establishment of Armenia’s role in geopolitical trade as a small coin, and as a national defeat by fake and immoral reality.In the meantime, we are sure that the real opposition shall accept its mistakes and recognize the things done wrong as well," according to the text.

"The struggle will go on. We do not have a right to leave the sacred land of our grandfathers and the future of our children on that land to traitors that lost the country’s sovereignty and misled the society.

Our future actions and steps will be based on this logic," added the statement.