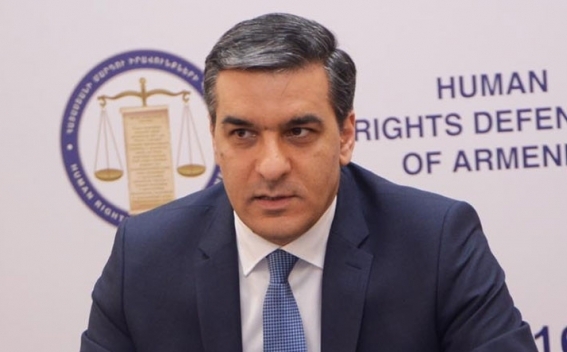 Human Rights Defender of Armenia Arman Tatoyan today sent the irrefutable video-evidence of the talk between the President of Azerbaijan and the First Lady of Turkey to the administration of the European Union and wrote about this on his Facebook page, News.am reports.

He wrote the following:

The video serves as evidence of the fact that all the captives of the Armenian side are being kept in Azerbaijan as hostages for political bargaining and trade.

Consequently, all the trials against the captives are phony, and the detentions are prohibited punishments.

In the letters, I have shown how the Azerbaijani authorities are misleading the international community, including the European Union.

The letters sent today are based on the alarms sounded by the families of the captives and the findings of the studies of the Office of the Human Rights Defender, and they show the sufferings caused to the captives by the Azerbaijani authorities.

I specifically mentioned the Azerbaijani authorities’ Armenophobic policy, as well as what the Armenian society and especially the families are experiencing as a result of political speculation of the issue related to the return of the captives.

In the letters, with facts, I have raised the issue of the immediate return of Armenian captives as a mandatory international requirement that must be unconditionally met.”