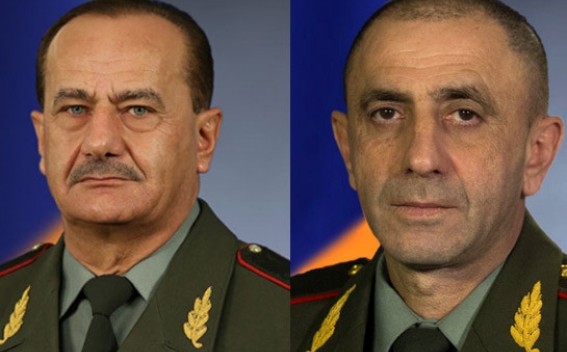 President of Armenia Armen Sarkissian signed decrees on relieving two officials of the Armed Forces from their posts, the Presidential Office said.