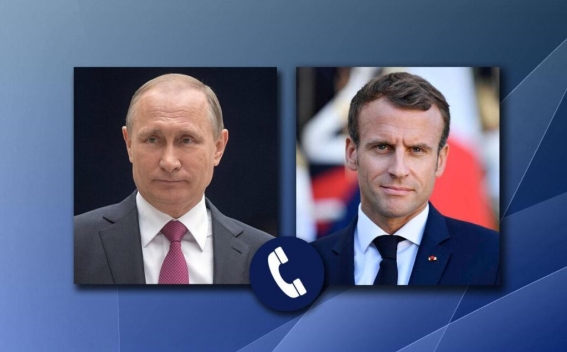 The President of the Russian Federation Vladimir Putin and the President of France Emanuel Macron had a telephone conversation, during which, among other issues, the issue of Nagorno Karabakh was discussed, ARMENPRESS reports the press service of the Kremlin informed.

Vladimir Putin informed about the implementation process of the November 9, 2020 and January 11, 2021 trilateral statements on Nagorno Karabakh issue. It was noted that the situation in the region remains stable, mainly due to the presence of Russian peacekeepers.

Preconditions have been created for the establishment of normal economic activity, the unblocking of economic-transport communications.

Both sides expressed readiness to coordinate various aspects of the settlement of Nagorno Karabakh conflict, including in the format of the OSCE Minsk Group.