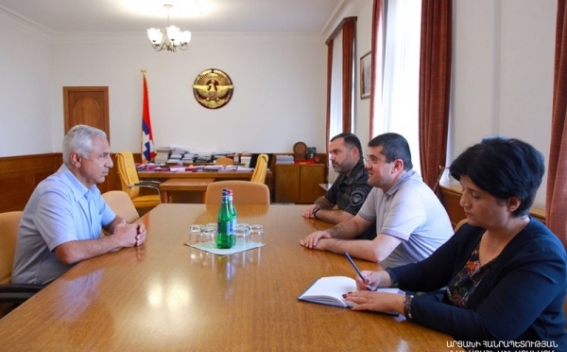 On July 10 President of the Artsakh Republic Arayik Harutyunyan received Artak Tovmasyan, chairman of the "Tovmasyan" charitable foundation.
Issues on the development of post-war Artsakh were discussed at the meeting.
The President voiced his gratitude to "Tovmasyan" foundation for the programs implemented in Artsakh for many years.
Karen Sargsyan, minister of internal affairs of the Republic of Artsakh partook at the meeting.