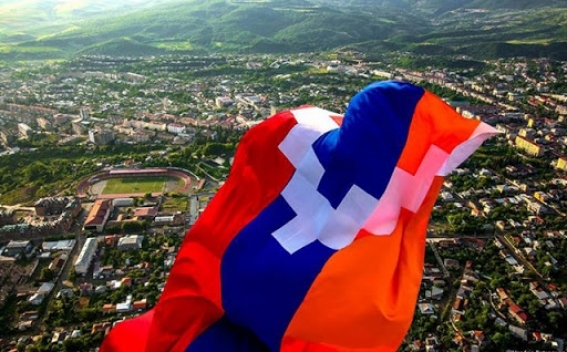 The US Department of State replied to a number of questions from the Voice of America’s Armenian Service concerning the peaceful settlement of the Nagorno-Karabakh conflict, Panorama.am reports.

The Voice of America addressed a number of questions to the State Department regarding the rejection of the US ambassador to Azerbaijan's initiative by official Baku and the discussion of the Nagorno-Karabakh conflict during the French foreign minister's visit to the US.

The Azerbaijani authorities organized a visit of a group of ambassadors and diplomats accredited to the country to the Nagorno-Karabakh (Artsakh) territories under its control several days ago, but the ambassadors of Russia, France and the United States – the OSCE Minsk Group co-chairing countries – did not take part in the trip.

In response to a question from VOA Armenian Service as to why the US ambassador refused to visit the Karabakh territories and whether there was any agreement between the OSCE Minsk Group co-chairs to reject the invitation, the US State Department press service said they do not comment on the details of their ambassador's schedule or the reasons why he attended or did not attend any of the events.

“We understand that there are many diplomatic missions in Baku that have not been able to attend Friday's visit to Fizuli and Shusha. We do not comment on the details of the schedule of the French or Russian ambassadors. Please contact the embassies of France and Russia for details about their ambassadors,” it said.

In response to a question about the discussion of the Nagorno-Karabakh peace process at the recent meeting of US Secretary of State Antony Blinken and French Foreign Minister Jean-Yves Le Drian in Washington, the State Department cited the official statement of the French government, according to which the sides talked about their joint action as co-chairs of the Minsk Group to help achieve lasting peace between Armenia and Azerbaijan.

"We are deeply concerned by the impact of the resumption of the conflict between Armenia and Azerbaijan last fall and are well aware of the humanitarian needs in the region," the State Department said.

The State Department also expressed its support for the peaceful settlement of the conflict within the framework of the OSCE Minsk Group co-chairmanship, stressing that the United States supports the OSCE Minsk Group co-chairmanship process and is committed to assisting the parties in achieving a lasting settlement of the conflict based on the principles of the Helsinki Final Act – non-use of force or threat of force, territorial integrity, equal rights and peoples’ right to self-determination.