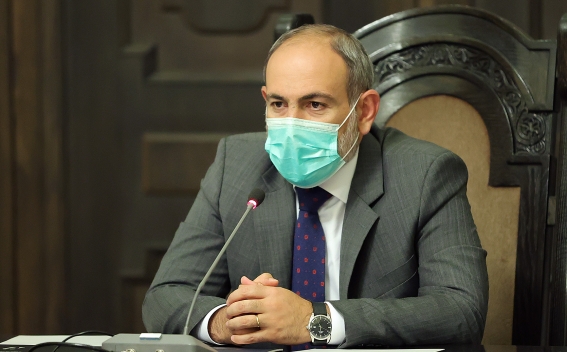 "The provocative steps of Azerbaijan and the maximalist ambitions pose new threats for our region, Armenia and Artsakh," he said.

Pashinyan emphasized the core role Russia implements to ensure stability and security in the region.

He noted that the united group of Armenian and Russian Armed Forces and Russia's peacekeeping mission in Nagorno Karabakh are of cornerstone significance for ensuring peace in the region.

"At the same time, I still believe that Azerbaijan attempts to undermine the implementation of November 9 and January 11 trilateral statements, in particular opening regional communications and unblocking Armenia," the acting PM said.

Pashinyan stressed that Armenia prioritizes the opening of communications and is ready to work in that direction.

"We expect that Azerbaijan a day earlier will implement its key commitment and release the captives, hostages and people it holds," Pashinyan said.

He stressed that Armenia reiterates the proposal on mirror-way withdrawal of troops from the Sotk-Khoznavar section of the border or solution of the issue by deploying international observers.

He said it may create necessary conditions for delimitation and demarcation of the Armenian-Azerbaijani border.

"Armenia's government is committed to the implemention of the mandate received from the Armenian people to open new ear of peaceful development of Armenia, Artsakh and the region in general," Pashinyan added.