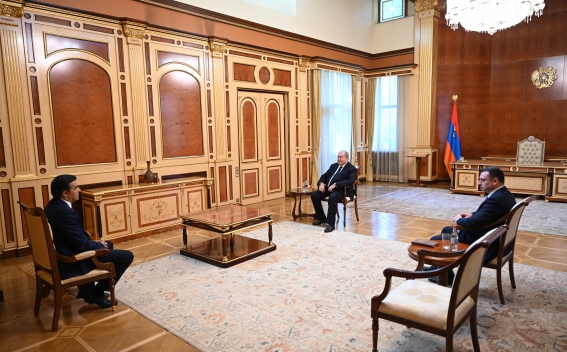 President Armen Sarkissian held a meeting with Ombudsman Arman Tatoyan to discuss the situation at the Armenian-Azerbaijani border regarding the violations of rights of persons living at the border towns and villages.

Human Rights Defender Arman Tatoyan briefed the president on the results of his fact-finding mission and examination of complaints from the provinces of Gegharkunik, Syunik and Ararat. Tatoyan said that the illegal actions of the Azeri military are continuously violating the rights of the border community residents of Armenia. He noted that the facts prove that the Azeri military are regularly instigating shootouts, while the Armenian military are fulfilling their function of protecting the population.

Arman Tatoyan told the president that the facts on the Azeri violations have already been presented to the diplomatic corps and international organizations in Armenia.