In Our History, Artsakh and the People of Artsakh Have Always Had a Special Significance for the Armenian World: Armen Sarkissian 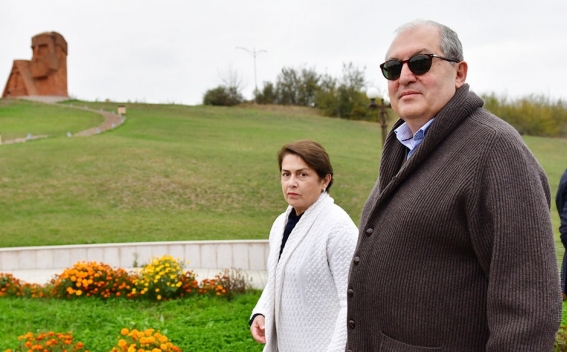 President of Armenia Armen Sarkissian has addressed a message on the 30th anniversary of the declaration of independence of the Republic of Artsakh.
The Message reads as follow:

On September 2, 1991, Artsakh declared its independence.

We are meeting the 30th anniversary of this significant event in the most complicated period, in a difficult situation after the 44-day war.

I once again extend my deepest condolences to the families and relatives of those killed in the war.

We are facing a pan-Armenian ordeal, which requires national unity and consolidation again.

Issues of ensuring the security of Artsakh and the inviolability of its population, the constant threat of a new war by Azerbaijan, the status of Artsakh, social-economic and humanitarian matters are priorities on the national agenda.

They cannot be resolved without the existence of an economically and politically strong, developed and competitive Armenia, without a fundamental transformation of the Homeland-Diaspora ties and the full use of the existing potential, without full-fledged cooperation with our international partners.

In our history, Artsakh and the people of Artsakh have always had a special significance for the Armenian world. That is so today as well when a period full of new challenges has begun for our people.

We have no right any more to make mistakes in any issue of the pan-Armenian agenda."