Tigran Abrahamyan: Did Security Services Reveal Why and How the Azerbaijani Serviceman had Crossed the Line of Contact? 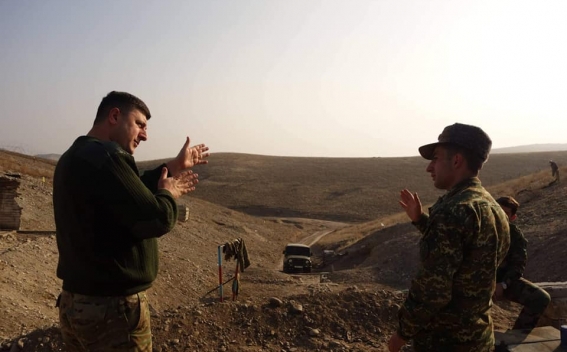 Security expert, lawmaker from the opposition "I Have Honor" bloc Tigran Abrahamyan commented on the return of two Armenian prisoners from Baku exchanged for Azerbaijani serviceman Jamil] Babayev who had been detained in one of Martakert houses.

"The return of the Azerbaijani captive was important as it provided an opportunity for the two Armenian prisoners get back home, yet there are questions which require clarifications. Did the relevant services find out the reason the Azerbaijani serviceman crossed the Artsakh line of contact and entered Martakert town? What military unit and troops do the serviceman belong how long had he been in the territory of Artsakh, what information has he collected and what risks might that contain?" Abrahamyan wrote on his Facebook page.

To remind, on September 7 Russian Aerospace Forces plane delivered two Armenian prisoners of war from Baku to Yerevan.The Armenian prisoners were exchanged for an Azerbaijani serviceman Jamil] Babayev who had been detained in one of Martakert houses.

As reported earlier, on August 25, a serviceman of the Azerbaijani Armed Forces, identified as tank-man Jamil Babayev, was found in one of residential houses in Martakert town and was later detained by police officers.  A criminal case was initiated and charges on illegal crossing of the Artsakh Republic border, threat to murder of minors living in the house and espionage were brought against him.