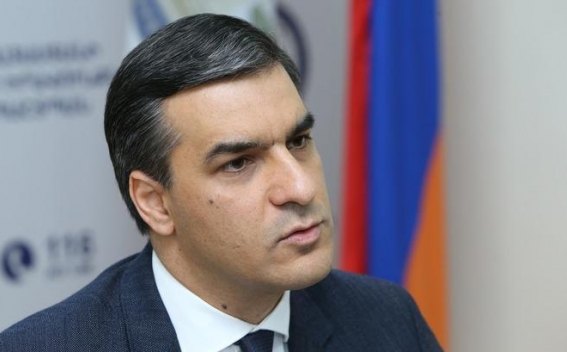 After the 44-day war, the same problems arose in Armenia and Artsakh (Nagorno-Karabakh). Arman Tatoyan, the Human Rights Defender (Ombudsman) of Armenia, stated about this during Thursday’s working discussion in the National Assembly, news.am reports.

He explained that the policy pursued by the Azerbaijani armed forces at the Armenian border has not changed in any way.

"It is completely based on an overall inimical policy aimed against Armenians," Tatoyan added.

He noted that even the Armenian shepherds were being attacked.

"We even have cases of violation of property rights. There is cadastral evidence in which it is noted that people have inherited the land, but the Azerbaijanis are living in that area. The rights of people to movement, water supply, sanitary conditions for life have been violated," said the Armenian Human Rights Defender.