Armenia's Speaker of Parliament to Pay Official Visit to Russia 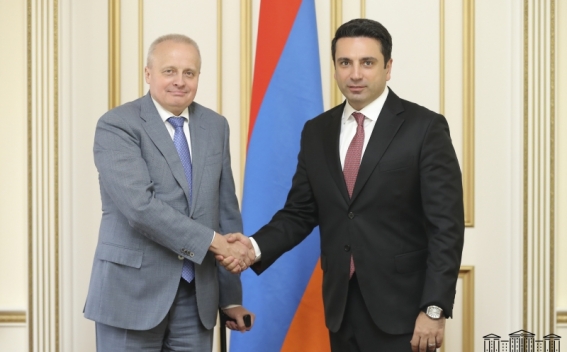 Welcoming the Ambassador, Alen Simonyan touched upon the shooting incident of Perm State National Research University, expressing his condolences to the families of the victims and wishing health to the wounded.

Speaking about the high level of two countries’ relations, the Head of Parliament highlighted the continuous development of the Armenian-Russian inter-parliamentary ties.

The RF Ambassador thanked the NA President for the reception and condolences. He highly appreciated the Armenian-Russian partnership at the regional and international levels. Sergei Kopyrkin considered the effective work of the inter-parliamentary groups done for years as an achievement of parliamentary diplomacy. The diplomat especially stressed the importance of the continuous development of the multi-polar cooperation bridges.

The sides also discussed agenda items on the RA NA President’s official visit to be paid to the Russian Federation.