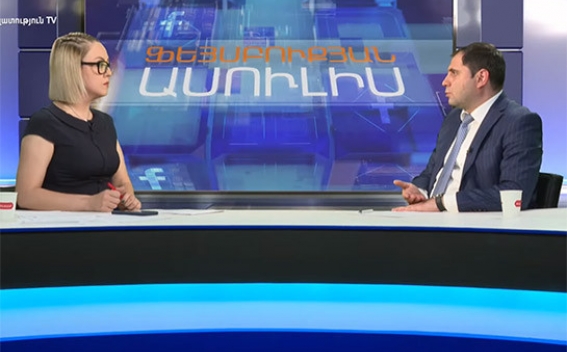 Recently, it became clear that the Prime Minister of Armenia offered to meet with the President of Turkey. The information was followed by Erdogan's contemptuous response. During the Facebook press conference on radio Azatutyun one of the Facebook user's asked Armenia's Deputy Prime Minister Suren Papikyan why Prime Minister Pashinyan didn't comment on the matter, Aysor.am reports.

The user also noted that the authorities, who responded very harshly to the previous authorities, are now for some reason silent when they are being mocked at the international level.

Suren Papikyan preferred not to comment on this statement.

''I have no comments. Why should I comment on Erdogan's statements now. I think that the comments that were given are sufficient,'' he said.