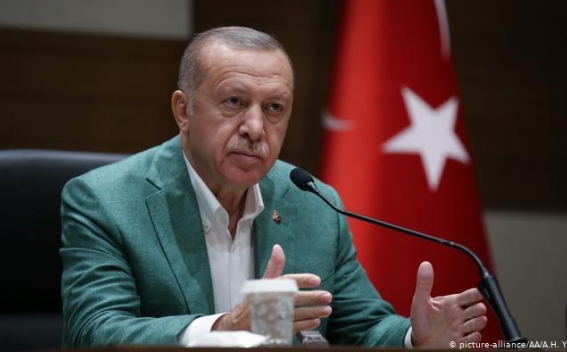 Turkish President Recep Tayyip Erdogan referred to the current political situation in the region during a meeting with journalists at “Turkish House”, Anadolu Agency reports.

According to Erdogan, Turkey expects to soon pave a road from the city of Igdir to Azerbaijan, including a railway road.

"Along with the steps that are now being taken, we hope to pave the way from Igdir to Azerbaijan, including the railway. The construction of this road will be a very important step. At the moment, we are receiving positive signals from Pashinyan on this issue. Now, with these positive signals, we will take some steps in this direction. I hope that we will be able to move the region to a good position in terms of peace’’, Erdogan said.

According to him, issues of unblocking communications in the region will be included in the agenda of the upcoming meeting of the leaders of Turkey and Russia.''Thus, I hope that we will enter a much stronger and newer period in relations between Turkey and Russia,'' he said.