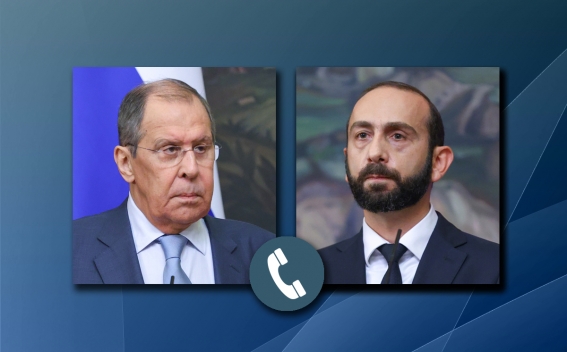 As ARMENPRESS was ifnormed from the press service of the MFA Armenia, Ararat Mirzoyan congratulated Sergey Lavrov on the occasion of the State Duma elections.

The interlocutors discussed in detail issues related to the Armenian-Russian relations, as well as issues on the international and regional agenda. The importance of regular contacts at the high and top levels was emphasized.

The Armenian and Russian FMs referred to the results of the meeting between Armenian FM Ararat Mirzoyan and the OSCE Minsk Group Co-chairs in New York on September 23, as well as the meeting between the Armenian and Azerbaijani FMs with the participation of the Co-chairs on September 24. Minister Mirzoyan reaffirms Armenia's readiness to resume the full process of peaceful settlement of the Nagorno Karabakh conflict under the mandate of the OSCE Minsk Group Co-Chairs based on the known principles and elements.

The foreign ministers of the two countries highlighted the implementation of the agreements reached on November 9, 2020 and January 11, 2021. In the context of addressing humanitarian issues, Ararat Mirzoyan stressed the need for repatriation of Armenian prisoners of war and civilian hostages held in Azerbaijan.

In the context of the coordination of steps in the foreign policy sphere, the parties discussed cooperation within the UN, OSCE, CIS and CSTO, particularly with the consideration of Armenia's current chairmanship in the CSTO.