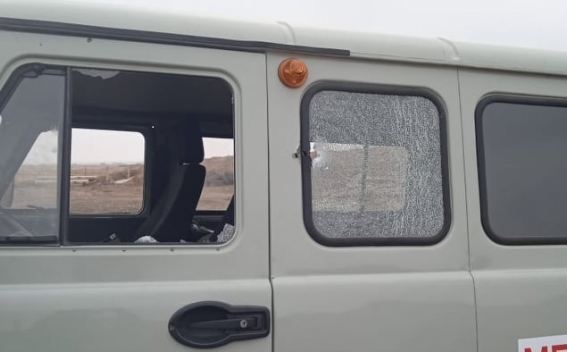 On October 15, at around 9:00 am, units of the Azerbaijani Armed Forces opened fire on the ambulance of the Defense Army unit located in the north-eastern direction of the Artsakh Republic, Artsakh’s Defense Ministry informs, Armradio.am reports.

No casualties are reported on the Armenian side.

The command of the Russian peacekeeping troops in the Artsakh Republic has been informed about the incident.

The Ministry of Defense of the Artsakh Republic declares that it continues to adhere to the ceasefire regime and calls on the Azerbaijani side to refrain from destabilizing actions.