Putin on Situation in Karabakh: ‘Bad Peace is Better than Good War’ 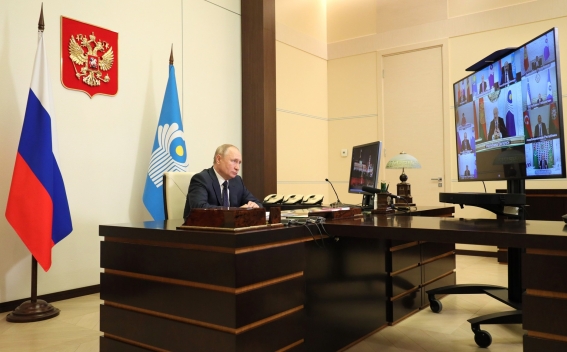 A bad peace is better than a good war, Russian President Vladimir Putin said on Friday commenting on the situation around Nagorno-Karabakh, TASS reports.

The situation in this region was among the topics discussed at a meeting of the CIS heads of state. "It once again demonstrates the wisdom of the popular saying that a bad peace is better than and a good war, every quarrel turns the world red and the like," Putin said.

According to the Russian president, the key role of the Commonwealth of Independent States is in ensuring conditions for peaceful cooperation and joint work in the interests of the prosperity of its nations. "This is the key goal of the updated concept of the CIS further development and the strategy for the CIS economic development until the year 2030," Putin stressed.