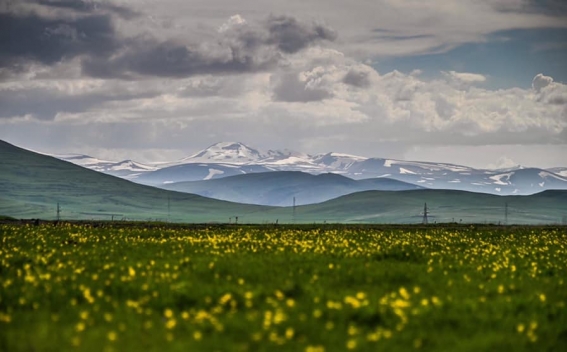 The Azerbaijani troops who’ve invaded the Gegharkunik Province of Armenia have built large shelters and amassed large supplies of firewood, as well as paved the roads leading to their positions with concrete, Human Rights Defender of Armenia Arman Tatoyan warned in a statement, informed ARMENPRESS.

Tatoyan said the Azerbaijani troops have become more and more active in the recent period.

“Moreover, they continue to build new roads, the number of troops and armaments in their positions has increased. They are conducting re-enforcements of positions and active engineering works all the time,” Tatoyan said.

Ombudsman Tatoyan underscored that the Azeri troops are unlawfully located on lands owned by Armenian citizens. This information has been confirmed by the ombudsman’s fact-finding mission with validated data from several sources, he said.

“These are the Azeri positions from where the Azeri troops are committing terrorisms against the civilian population of Armenia, regularly shooting at the civilian homes of the villages of Verin Shorzha, Sotk and Kut, among others, in the Gegharkunik province, committing mass arson of pastures owned by farmers. The servicemen of these positions have committed many thefts of livestock,” Tatoyan said.

Tatoyan stressed that the presence of the Azeri military in the vicinity of Armenian villages, moreover on sovereign Armenian territory, is explicitly unlawful and is by itself a violation of the villagers’ right to life and right to live safely, right to property and income and other vital rights.

The ombudsman once again called for an immediate start of the process of creating a de-militarized security zone around the Armenian borders, and an immediate Azerbaijani withdrawal from the vicinity of Armenian villages and from the roads linking Armenian towns. This recommendation has been notably included in the Parliamentary Assembly of the Council of Europe 2021 September 27 Resolution N 2391. Ombudsman Tatoyan said he will send relevant reports to other international organizations and Armenian governmental bodies and civil society organizations.

The Ombudsman concluded by noting that the Azerbaijani military’s criminal actions, gross violations of human rights are fueled by a single source: the Azerbaijani state-sanctioned anti-Armenian racism, genocidal policy and policy of hostility and ethnic cleansing.