Situation on the Border Between Armenia and Azerbaijan Cannot Be Solved Without Russia: Putin 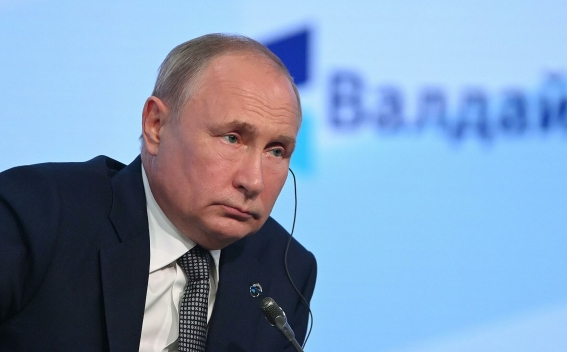 Russia can play a key role in solving the border issue between Armenia and Azerbaijan, Russian President Vladimir Putin said at a meeting of the Valdai Discussion Club in Sochi, Interfax reports.

''The most important thing now is to finally settle the situation on the border [between Armenia and Azerbaijan]. And here, of course, nothing can be done without the participation of Russia,'' Putin said.

He noted at the same time: "Here we, perhaps, do not need anyone, except for the two sides and Russia. There are very simple and pragmatic things: yes, there are maps, because there are maps in the General Staff of the Russian Army, which show how borders of the two Soviet republics passed in the Soviet period".

''Based on these documents, we need to calmly sit with the both sides; there are things that also require mutual compromises – somewhere to align something, somewhere to exchange something," the Russian President said.