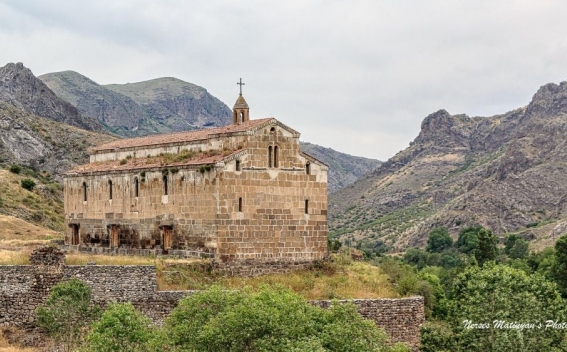 In March, 2022, an international conference on the "Albanization" of Armenian monuments of Karabakh will be held in Stepanakert, Minister of Education, Science, Culture and Sports of Nagorno-Karabakh Lusine Karakhanyan said during a meeting with journalists, Sputnik Armenia reports.

"I am very glad that, at least among the academic circles, the attempts of the Azerbaijani side to pass off Armenian monuments as Albanian are not taken seriously. This conference will be another message to the world on the inadmissibility of falsifying history," Karakhanyan said.

According to the minister, this conference will once and for all put an end to Azerbaijan's theses on "Albanian" monuments on the territory of Karabakh.

The Minister also noted that a visit of a UNESCO delegation to Nagorno-Karabakh is also expected; they will visit the territories controlled by both the Armenian and Azerbaijani sides.