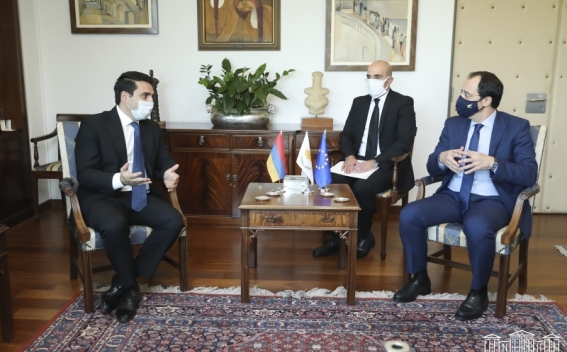 The Delegation led by the RA NA President Alen Simonyan met with the Mayor of Nicosia Constantinos Yiorkadjis within the framework of the visit to Cyprus.

Welcoming the guests, the Mayor has noted that the Armenian-Cypriot relations are exemplary in all spheres.

The NA President has thanked the Mayor for the reception, noting that the Armenian community of Cyprus is also one of the factors promoting the Armenian-Cypriot friendly relations.

The interlocutors discussed issues regarding the education, culture and public mutual interests.