Erdogan Backs down on Threat to Expel Western Envoys 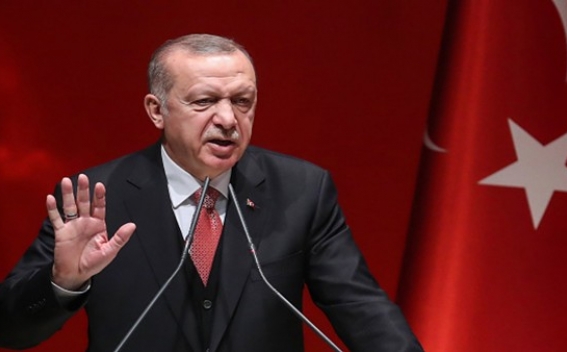 Turkish President Recep Tayyip Erdogan on Monday backed down from his threat to expel 10 Western ambassadors over their joint statement of support for a jailed civil society leader, Al-Jazeera reports.

Erdogan said during the weekend he had ordered the envoys to be declared persona non grata for seeking the release of prominent philanthropist Osman Kavala, 64, detained for four years on charges of financing protests and involvement in an attempted coup.

He spoke after the United States and several of the other concerned countries issued identical statements saying they respected a UN convention that required diplomats not to interfere in the host country’s domestic affairs.

Erdogan said the new statement “shows they have taken a step back from the slander against our country”, adding: “They will be more careful now.”

The envoys from Canada, Denmark, France, Germany, the Netherlands, Norway, Sweden, Finland, New Zealand and the US called last week for a just and speedy resolution to Kavala’s case, and for his “urgent release”.