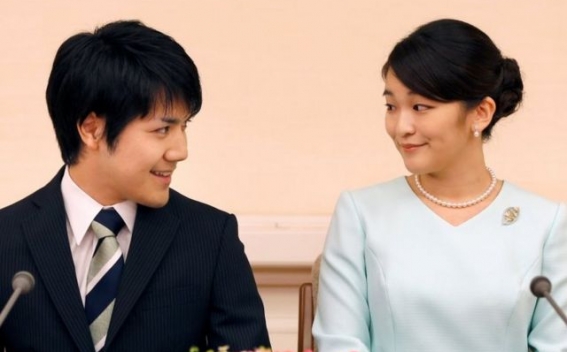 Protesters have demonstrated against the marriage of a Japanese Princess, who has left the royal family to marry a commoner, Metro reports.

But on Tuesday, the niece of the emperor married commoner Kei Komuro, giving up her royal title in the process and saying she was determined to build a happy life with her ‘irreplaceable’ husband.

The pair – who are both 30 – finally tied the knot after a tumultuous four-year engagement plagued by money scandals and intrusion into their private life.

Now demonstrators have taken to the streets of the capital saying they are worried about the future of Japan and the Royal Family.

They carried signs – some written in English – reading: ‘Where will the security funds for their New York life come from’ and ‘Japan rule of law nation’.

More than a 100 protesters marched through central Tokyo against the wedding.