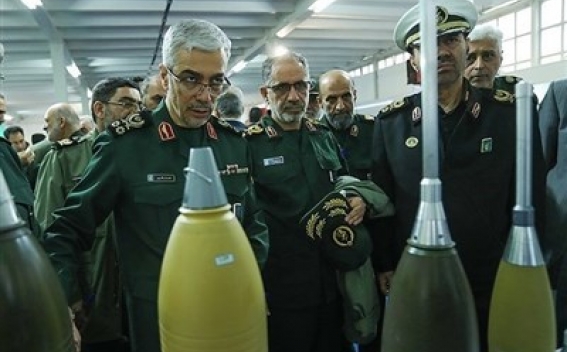 Chief of Staff of the Iranian Armed Forces Major General Mohammad Hossein Baqeri highlighted the diminishing power of the US and its regional cohorts, warning, however, that American and Zionist threats are still in place, Tasnim reports.

Speaking at a military event on Tuesday, Major General Baqeri said the era of decline and weakness of “the criminal US” and its regional cohorts has already begun.

He said the signs of diminishing US power and the shift of power in the world have become obvious after the escape of Americans from Afghanistan, pullout of US military forces from Iraq and parts of Syria, removal and reduction of advanced American air defense and anti-missile equipment from the Persian Gulf region, and decreased number of US naval forces in the region and their deployment to the southern waters of China.

“However, none of these means a reduction in the threats or considering the situation as normal in relation to the Armed Forces of the Islamic Republic of Iran,” the commander warned.

“The criminal US and the Zionists have shown that although it has become difficult for them to take direct military action, they will never abandon plots and hostility against the sacred administration of the Islamic Republic and will continue to pose threats and create problems for Islamic Iran and our country’s regional partners in different shapes,” the general added.

He went on to say that the Iranian military forces monitor the threats constantly and enhance their operational preparedness as the threats have become more complicated.