Ambassador on China Participation in Armenia’s North-South project: There are Issues that Will be Resolved 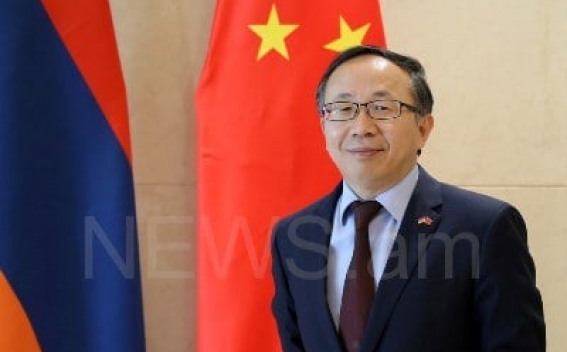 There are issues that I believe will be resolved with the help of diplomatic ties at the level of the foreign ministries of the two countries. Chinese Ambassador to Armenia Fan Yong told this to reporters—and answering Armenian News-NEWS.am's question about China's participation in the North-South project.

"For any state, the construction of roads is important from the point of view of development. As the Chinese saying goes, ‘If you want to get rich, build a road first.’ This road, if built, will have a serious impact on the region. We [i.e., China] are already participating, holding talks. We want to create a very good, safe environment so that we can find ways of development in the future," the Chinese ambassador added.

To note, we are talking about the North-South transport corridor project which will connect Central Asia and India with Iran, Georgia, Russia, and Europe via Armenia—from the country’s north to south.
Հայերեն На русском