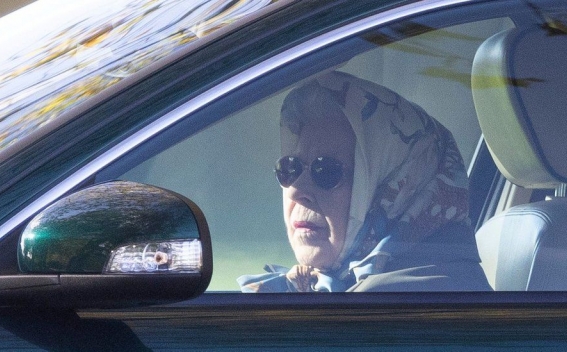 The Queen has been pictured driving near Windsor Castle, three days after being advised by her doctors to rest and only carry out light duties, BBC reports.

The monarch, 95, was photographed in a headscarf and sunglasses behind the wheel of a green Jaguar estate car.

She is known to drive to take her Corgi dogs out for walks in the area.

It comes just over a week after the Queen spent the night in hospital for preliminary medical checks.

Buckingham Palace said on Friday the Queen would be not undertaking official visits over the next two weeks.

The palace said doctors told her she could "continue to undertake light, desk-based duties during this time, including some virtual audiences".