Russia Is Not Inclined to Have Monopoly in Communication with Armenia and Azerbaijan: Russia's MFA 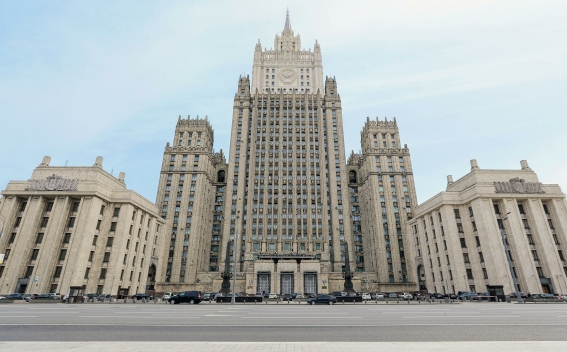 "The Russian side is not intended to a monopoly in communication with Armenia and Azerbaijan, although we are linked with these countries and peoples by a long and close friendship, large-scale partnership in all directions. We stand for the effective use of the existing potential of the international community with adequate consideration of the changed regional realities," the document says.

The Russian MFA also states that a year after the signing of the trilateral statement, it is safe to refute the news that is being spread on social networks and on the Internet that ''the peacekeeping efforts of Russia were aimed at separating Nagorno-Karabakh, transferring it to Azerbaijan and turning Armenia into a 'protectorate'.''

"Such statements are of a populist nature, fulfill an obvious external order and have nothing to do with reality," the Foreign Ministry said.

The statement also reads that all trilateral documents and mechanisms initiated by Moscow weren’t imposed on the parties, were based on the balance of interests, as well as on the sovereignty and interests of Baku and Yerevan.

"We failed to agree on a number of our initiatives, and this is normal. But the already confirmed agreement which has been achieved through suffering is being effectively implemented in practice," the diplomatic department stressed.