Parliament Factions: Artsakh Armenians’ Living Safely in Homeland is Possible Only in Case of Artsakh Recognition 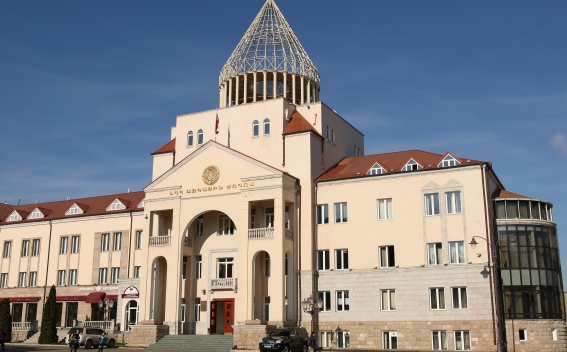 The factions of the Artsakh (Nagorno-Karabakh) National Assembly have issued a joint statement, News.am reports.

It reads as follows:

November 9, 2020, one year has passed since the adoption of the tripartite declaration. However, Azerbaijan's anti-Armenian policy towards the people of Artsakh continues to this day even ignoring the Russian peacekeeping mission.

In order to create an atmosphere of panic and evict the Republic of Artsakh from the Armenians, the Azerbaijani side has recently started targeting settlements and civilians.

Inspired by impunity, Azerbaijan by making an armed incursion on November 8, again carried out a terrorist attack against civilians conducting water supply works near Shushi on the Shushi-Berdzor road which is under the control of Russian peacekeepers. As a result, a 22-year-old man was killed and three others were hospitalized with gunshot wounds.

Such a practice proves that the realization of the right of the Artsakh Armenians to live safely and with dignity in the homeland is possible only in case of international recognition of the Republic of Artsakh.

We strongly condemn such criminal acts and demand a proper investigation and adequate action.

We call on the OSCE Minsk Group to condemn such actions by Azerbaijan. And to the Russian peacekeeping forces, the Armed Forces of Artsakh and other law enforcement agencies - take drastic measures to prevent regular acts of terrorism against civilians.