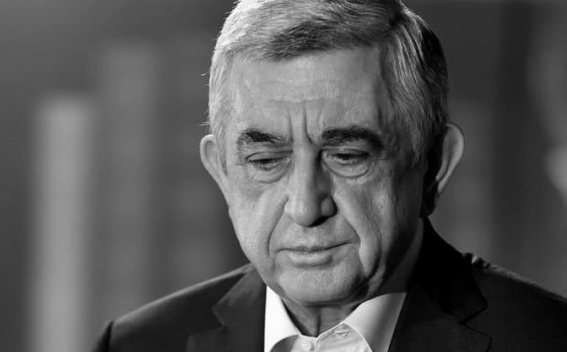 Third President of the Republic of Armenia Serzh Sargsyan hereby extends his deep gratitude for the condolences offered to himself, his family, relatives and friends on the demise of his beloved mother Nora Sargsyan, as well as for the prayers, sincere remarks of sympathy and compassion voiced at a time of great loss in memory of his mother.
President Sargsyan wishes God may guard everyone’s families, blessing them with good health and long life.
In the past two days, the Third President of Armenia received condolences and messages of sympathy from several thousands of our compatriots from Armenia, Artsakh and abroad, officials, representatives of clergy, international organizations and diplomatic corps, cultural figures, many people who have ever been hosted in his mother’s hearth.
Հայերեն На русском