Under the Guise of Unblocking the Roads, the Azerbaijani Authorities are Pursuing a Targeted Policy of Isolating the Civilian Residential Communities of Armenia: Tatoyan 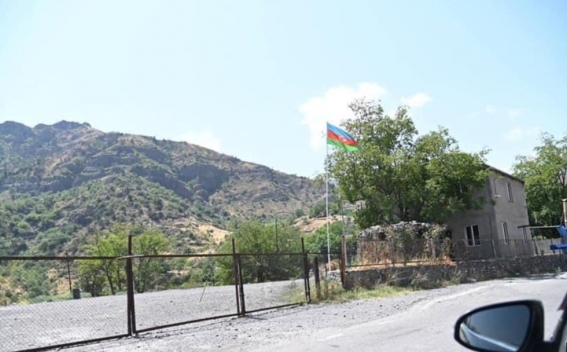 "It is evident to me that, in fact, under the guise of unblocking the roads, the Azerbaijani authorities are pursuing a targeted policy of isolating the civilian residential communities of Armenia and causing humanitarian issues: In Goris-Kapan road of Syunik province the so-called Azerbaijani border and customs checkpoints, which were announced on 11 November, 2021, has nothing to do with its announced goals.

This is substantiated by concrete steps taken by Azerbaijani authorities and their consequences.

First, the facts demonstrate that the real reason and source of all these incidents, is the Azerbaijani state-sponsored policy of Armenophobia and enmity.

Moreover, it is evident that the Azerbaijani authorities are well aware that the blockade of the Goris-Kapan road or the so-called Azerbaijani border and customs checkpoints will cause violations of the rights of the civilian population and severe humanitarian issues, including the isolation of a number of civilian communities.; they are taking these steps to purposefully expand them.

Thus, since November 11 in Syunik there have been violations of human rights in Syunik, including those of the community residents (children, persons with disabilities, the older persons, etc.), and serious humanitarian problems.

Communication has become significantly more difficult, especially in Goris, Vorotan, Shurnukh, Bardzravan, as well as among other civilian communities due to the ban on access to the main road as a result of Azerbaijani acts. The Tatev-Kapan road in Syunik province has been significantly obstructed, disrupting the free and safe movement of people for entrepreneurial purposes.

There are restrictions on the fast and efficient access to food (bread, other food products), basic necessities, and medical care and services in these areas. People are faced with the issues of earning a family income (for example, selling agricultural products).

The normal life and peace and security of the people, and their physical and mental integrity, free movement and other fundamental rights have been violated. The current situation grossly violates the best interest of the child, and violates the absolute humanitarian right to primary medical care. All these have increased tensions in society.

Masked and armed Azerbaijani servicemen continue to serve on the Goris-Kapan road, which in itself is a violation of the right to life and a real threat to security. The same applies to the Kapan-Jakaten road.

The population of Armenia faced the same violations of its rights when the Azerbaijani military servicemen arbitrarily blocked the Goris-Kapan road from two places on August 25, 2021.

These rights are internationally recognized and guaranteed by the Constitution of Armenia. Violations of the mentioned rights grossly violate the OSCE Guidebook on Delimitation and demarcation of state boundaries published on December 19, 2017, and making any process related to the border process unlawful.

Moreover, the deployment of Azerbaijani servicemen on the roads was carried out with the blatant threat of war, which is absolutely unacceptable from the point of view of the rule of law and international human rights standards.

In August, the same problems arose for the people when the Azerbaijani armed forces blocked the road in two places. Added to this are the other human rights violations (for example, stopping a bus with children, intimidating children with masked officers and weapons, and threatening civilians with weapons).

We regularly send reports on the real situation, the results of fact-finding activities to international bodies, including officials of those bodies, such as the UN, the Council of Europe, the European Union, the OSCE, etc., as well as to the officials of the Republic of Armenia.

We must show the real motivation of the Azerbaijani acts, and their real consequences on the people."