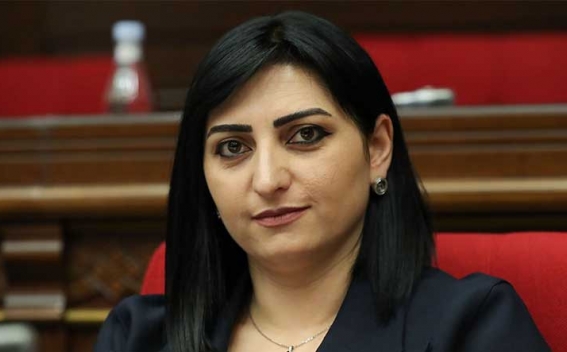 MP from opposition "With Honour" parliamentary faction  Taguhi Tovmasyan has commented on Facebook the recent developments on the Armenian-Azerbaijani border.

"At this decisive moment happening in our country we may no longer work efficiently as a legislative branch. Regretfully, in a country with parliamentary system, lawmakers endowed with the primary mandate are unable to exert necessary efforts to prevent the unacceptable developments against our country. I call on the leaders of the opposition to launch urgent discussions on suspension of the parliamentary mandates, at the same declaring those who might take their mandates traitors," Tovmasyan wrote on her Facebook page, Panorama.am reports.

"Dear colleagues, we should act swiftly as we are losing a homeland," Taguhi Tovmasyan wrote, adding her idea is just one of the proposed ways for struggle and she is ready to hear other actions  based on consensus.