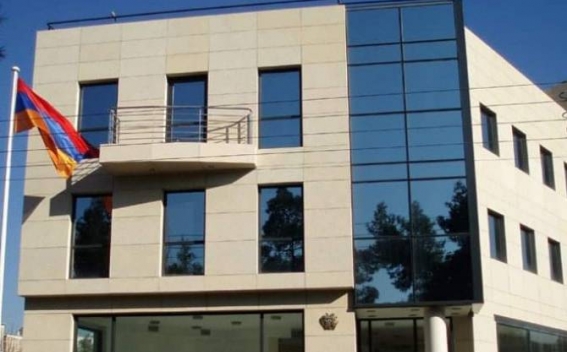 Azerbaijani organizations in Thessaloniki incited another propaganda provocation at a bus stop in the Greek city, where a similar incident had taken place days earlier, armenpress reports.

Earlier this week an Azeri propaganda effort to falsely depict the Armenian town of Shushi as Azerbaijani was swiftly removed by Greek authorities after a public bus in Thessaloniki was seen with an advertisement promoting the Azeri occupation of the Armenian city.

Now, the Azerbaijani propagandists have carried out a similar effort in the same city.