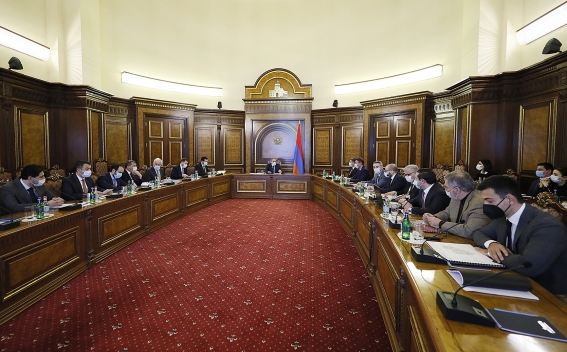 Prime Minister Nikol Pashinyan chaired a session of the Board of Trustees of the Investment Support Center (ISC) of the Ministry of Economy today.

The proposals of a number of investment programs followed-up by the ISC and the issues related to their implementation were discussed. The session was attended by the representatives of the agencies in-charge and the companies behind the investment programs.

The presented programs were large-scale and referred to the sphere of urban development. One of the programs proposes building a shopping center and residential district in Yerevan, the other is about business center-complex consisting of skyscrapers, etc.

An exchange of views took place on the investment projects, the representatives of both the interested departments and the investment organizations presented explanations and observations. Issues related to the feasibility, expediency, infrastructural, urban development, economic and other components of the programs were discussed.

The Prime Minister noted that attracting and promoting investments is one of the priorities of the Government, at the same time they must be implemented in compliance with architectural and urban planning norms. Nikol Pashinyan instructed the officials in charge to summarize the issues related to the implementation of the projects in a short period of time, to work continuously with investors in order to make the programs as mutually acceptable as possible.