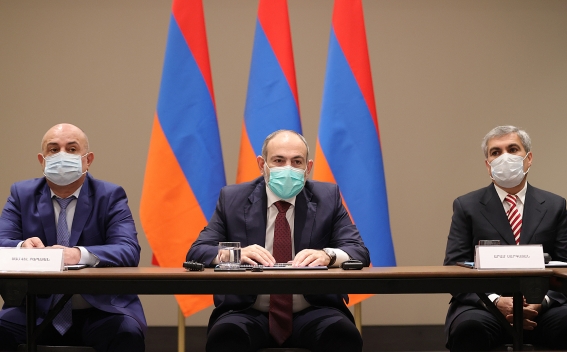 Prime Minister Nikol Pashinyan participated in the regular sitting of the Consultative Assembly on Cooperation with Extra-Parliamentary Political Forces.

Greeting the participants of the meeting, PM Pashinyan said, “This is the regular sitting of the consultative format of the extra-parliamentary forces and the Government. Naturally, today we will discuss all the issues facing the Republic of Armenia and will exchange views.

I think we can conclude from the previous discussions that, at least for the time being, the Government, I continue to be very interested in working in this format. This is a good opportunity to keep in touch and interact with wider scope of views, which is very important for considering when making decisions in the future. Because there are issues the responsibility for making decisions over which, of course, lies on the shouldersof the Government, the majority, but on the other hand, it is very important to familiarize with the views that exist in the political circles outside the Government, the parliamentary majority and outside the parliament.

I wish us successful and productive work."

Afterwards, the participants of the sitting proceeded to the discussion of the agenda issues.