Armenia Considers Opening of Communications and Demarcation with Azerbaijan to Be Different Issues: Mher Grigoryan 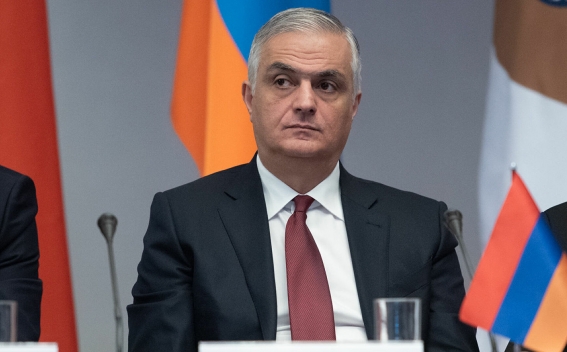 The possible unblocking of communications in the region is not related to the delimitation and demarcation of borders between Armenia and Azerbaijan. Armenian Deputy Prime Minister Mher Grigoryan stated this in an interview with TASS on Tuesday, 1lurer.am reports.

“We follow the Sochi statement of the leaders of the three countries, according to which we agreed to take steps to increase the level of stability and security on the Armenian-Azerbaijani border, to work for the creation of a bilateral commission on the delimitation (and further demarcation) of the state border between Armenia and Azerbaijan with Russia’s consultative assistance. The issue is in no way interconnected with the possible opening of transport communications in the region,” he said.

The Deputy Prime Minister of Armenia also added that within the framework of the trilateral working group of the Deputy Prime Ministers of Armenia, Russia and Azerbaijan on unblocking transport communications, an expert subgroup has been created, which is engaged in working out the issues of ensuring transportation in case of opening the borders. According to Grigoryan, there has been no discussion of the final regulation of these issues.