Germany's Olaf Scholz Takes Over from Merkel as Chancellor 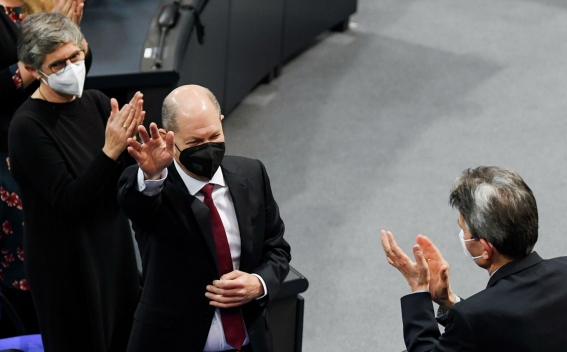 He was voted in by the German parliament, where his three-party coalition has a substantial majority, and given a standing ovation.

His centre-left Social Democrats will govern alongside the Greens and the business-friendly Free Democrats.

The German parliament, the Bundestag, backed his appointment by 395 votes to 303, and he was then formally appointed as the ninth federal chancellor by President Frank-Walter Steinmeier.