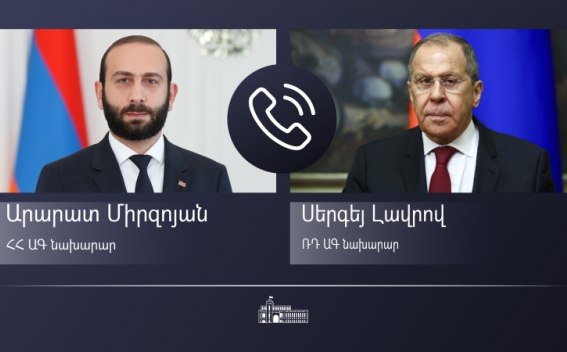 Mirzoyan and Lavrov also discussed the course of implementation of the commitments assumed by the parties under the trilateral statements adopted on November 9, 2020, January 11, 2021 and November 26, 2021.

Minister Mirzoyan emphasized that the Azerbaijani leadership’s belligerent statements and the threats of use of force pose a serious risk for regional stability and security.

The foreign ministers also discussed issues related to the ‘3+3’ format, as well as issues on the regional and global agendas that are of mutual interest.