Sean Penn: As Too Many of Us Sit on Our Butts, Armenians are Being Slaughtered by Trump Pal Erdogan

Not only well-known Armenians abroad who help their historical homeland—not only with words but also with deeds, but also celebrities who have nothing to do with Armenia, are following the developments in Artsakh (Nagorno-Karabakh), News.am reports.

They are concerned about the fate of the Armenian nation, the security problems of the whole region, as well as of Russia, Europe and the US, and they try their best to bring this issue to international courts, calling for an end to the military aggression of Azerbaijan and Turkey against Artsakh and Armenia.

"As too many of us sit on our butts, Armenians are being slaughtered by Trump pal [Turkish president] Erdogan with weapons WE provided. THIS is NOT America! Biden for America’s new birth!" Penn wrote on Twitter. 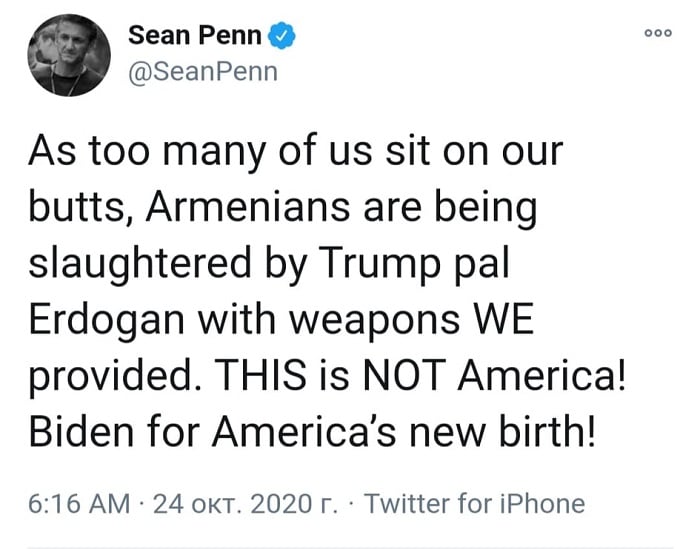