The Process of Armenian-Turkish Normalisation Dangerous, Does Not Consider Armenia's Interests - Artur Vanetsyan 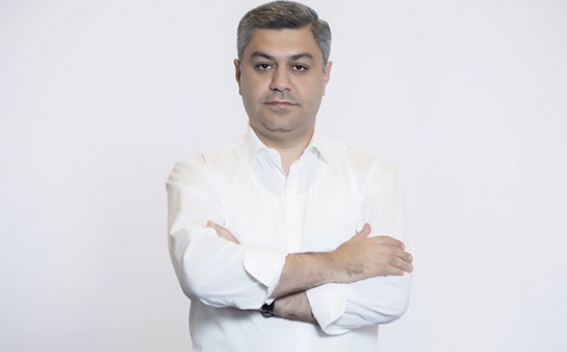 "Armenia is heading to normalise relations with Turkey according to Turkey's agenda, as the latter has always been declaring about preconditions for establishing diplomatic relations with Armenia," Artur Vanetsyan, the Leader of Homeland party told an interview with Hraparak daily, Panorama.am reports.

"After the 44-day war, another precondition was added to the list, the provision of what they call 'Zangezur corridor'. Ankara has never made a statement confirming it has withdrawn its reconditions, quite the opposite, has stated that favorable conditions have been created for normalizing relations. Doesn't this mean that Armenia's leaders have agreed to those preconditions?" Vanetsyan asked, pointing specifically to inadmissibility of undermining the process for the international recognition of the Genocide.

"I want to stress that the process of the international recognition of the Genocide is not only about restoring the historical justice. It is an important issue of security for Armenia and the Armenian people," said Vanetsyan.

The former Chief of the National Security Service indicated another important aspect of the normalisation process, asking whether it is run bilaterally without a mediator or there are mediators.

"This is extremely important to grasp the full picture of the process. In short, the process of Armenian-Turkish normalisation is dangerous, does not consider Armenia's interests," Vanetsyan concluded.