US Not to Present Written Response to Russia’s Proposals During Friday Meeting: Blinken 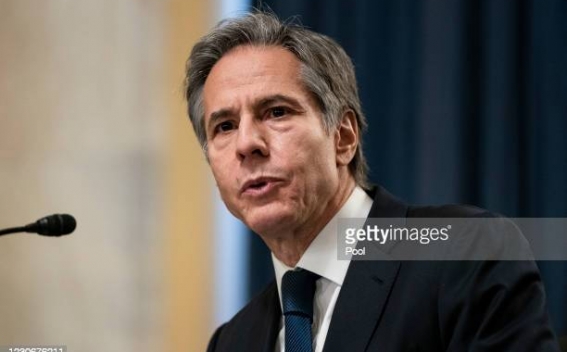 US Secretary of State Antony Blinken will not provide Russian Foreign Minister Sergey Lavrov with a written response to the Russian proposals on security during their upcoming meeting in Geneva Friday, he said during a press conference in Kiev Wednesday, TASS reports.

He noted that the US plans to "take stocks of the conversations" after a "pretty intensive week of engagements" with Russia, and to give "the Russians time to give stock of these conversations."

"I won’t be presenting a paper at that time," Blinken said, answering a question whether he plans to present any written response at the meeting with Lavrov in Geneva.