Zelensky Says He Needs More Than One Meeting with Russian Leadership 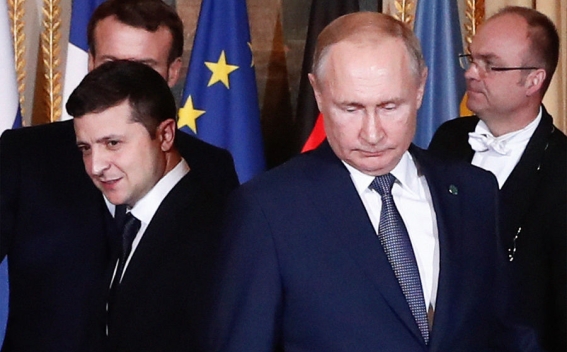 Ukrainian President Vladimir Zelensky believes that he will need more than one meeting with Russia’s leadership to resolve the Ukraine conflict, TASS reports.

"I stand for holding a meeting with Russia as soon as possible. I do not think one meeting is enough," the Ukrainian president said in an interview with national media outlets on Saturday.

"I do not think that we can meet once and agree on everything, as there are lots of questions. For some of them, I cannot see yet that they will go for our option or we well go for their option," he explained.

Zelensky pointed out that Donbass was one of the issues.

"They (Russia, the Donetsk and Lugansk People’s Republics - TASS) are constantly seeking to change this status, but we want such agreements that those people who are there, who view themselves as Ukrainians, should realize where they live, as it is not on an island surrounded by land, but that it is part of a state," Zelensky said.

The Ukrainian president said that the DPR and the LPR have fears that Kiev might again try to seize Donbass militarily, and confirmed that he believes such a scenario is possible.