France Will Continue to Stand by Armenia, Macron Tells Khachaturyan 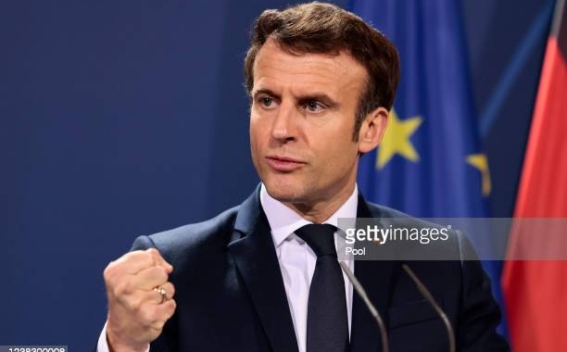 On April 24, on the occasion of the 107th anniversary of the Armenian Genocide, the President of France Emanuel Macron sent a message to the President of the Republic of Armenia Vahagn Khachaturyan.

“Today, on April 24, France commemorates the 107th anniversary of the 1915 Armenian Genocide. The barbarity committed against Armenians obliges us to continue the fight against hatred and violence, as, unfortunately, we are reminded of it by the events unfolding on the European continent. That is why, in 2019, I included the Armenian Genocide Remembrance Day in the national calendar. This memorable date also reminds us of the solidarity between France and Armenia,” Macron said.

“France will never stop fighting against oblivion, encouraging the transmission of the memory of the genocide. This struggle for justice, the historical truth, belongs to the Armenians, but also to the whole of France, because respect for human rights is at the core of the brotherhood of the French Republic. That is why genocide denial must be tirelessly prevented, especially in the school environment. At European level, we are developing legal tools to curb hate speech on the Internet. Our presidency of the Council of the European Union is an opportunity to work with our European partners to finalize the draft law on digital services so that the genocide can no longer be denied with impunity,” the French President noted.

“On this sad day of remembrance, we look to the future. This day also symbolizes the rebirth of the Armenian people, as evidenced by the Genocide Memorial at Tsitsernakaberd. I assure you that France will continue to stand by Armenia to support the latter’s democratic process and economic development efforts. You know very well how important it is for me to strengthen our ties at all levels,” Emmanuel Macron concluded, armradio.am reports.