NATO’s Actions Near Russian Borders May Have Provoked Operation in Ukraine: Pope Francis 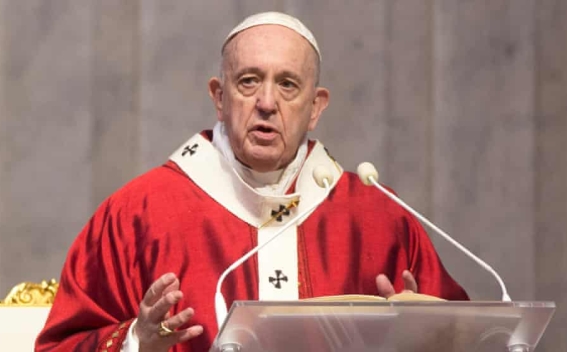 Pope Francis does not rule out that NATO played a negative role in the escalation of the Ukrainian crisis, TASS reports.

"[Possibly], NATO barking at Russia’s doorstep led to the Kremlin’s reaction. The ire, I don’t know whether it was provoked but was probably facilitated," he said in an interview with Corriere della Sera on Tuesday.

"One cannot think that one free country can wage war in another free country," the Pope said reiterating his thesis on "piecemeal" Third World War. "I am just stating the reality. Syria, Yemen, Iraq, in Africa there is one war after another. And international interests stand behind all of them," he explained. "In Ukraine, the conflict was created by others," the Pope added.