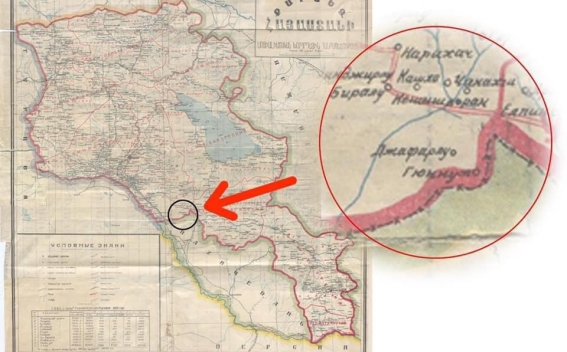 "The village has never had the status of an enclave. The village is historically Armenian and was originally part of not only the First Republic of Armenia, but also of Soviet Armenia,” he wrote on Facebook on Wednesday, adding another name for the settlement was Karke, which Azerbaijan changed into Kyarki.

His comments came after Azerbaijani Deputy Foreign Minister Khalaf Khalafov’s statement that “enclaves in the territory of Armenia”, including Tigranashen, will be returned to Baku.

“The same holds true for the historical Armenian villages in Tavush, such as Voskepar, which was part of the Barana district of Ijevan province both in 1918-1920 and during the Soviet era,” Tatoyan said.

“It is the distortion of historical facts, blatant disregard for the rights of border residents and their security, the failure to draw lessons from history and clearly unprofessional approaches that have deprived us of the legal basis to protect the rights and interests of Armenia and its citizens for decades, putting the security of our country at risk,” he stated, also sharing maps.