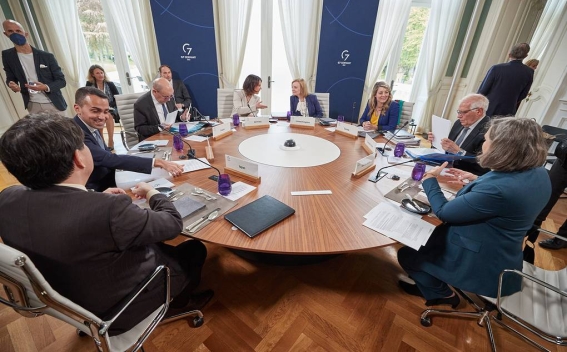 The G7 group of nations (the UK, Germany, Italy, Canada, the US, France and Japan) are ready to impose more restrictions against Russia, its representatives and institutions and to continue efforts on Moscow’s political and economic isolation, according to a statement approved by foreign ministers of G7 states on Saturday following a three-day meeting in the Wangels municipality in the north of Germany, TASS reports.

"We reaffirm our determination to further increase economic and political pressure on Russia, continuing to act in unity," the statement said.

Sanctions will target "Russian elites including economic actors, the central government institutions and the military," heads of G7 foreign ministries noted, adding that G7 will continue "isolating Russia from our economies, the international financial system, and within global institutions." "We will broaden our sanctions measures to include sectors on which Russia has a particular dependence," they concluded.